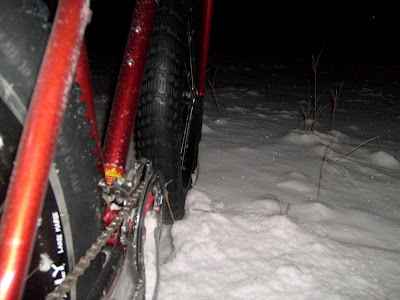 A nice low pressure system moved into the northern Bering Sea while I was out in Savoonga and the wind gave the standard island show. I was stuck for an extra night but it was fine. I am always impressed with the hunters out there, even at 50-60 mph they were out getting food.

Last weekend I took advantage of a high pressure cold that settled. The temperature dropped to -29 over the hill. In Nome, "over the hill", usually means the other side of anvil mountain by Dexter or Banner Creek, about 8 miles away. There is an actual temperature difference of about 10 degrees warmer in the summer and cooler in the winter. I have a new inexpensive ultralight boot that I've been wanting to check out so I threw them on and went for a night ride on the fat bike. It's practically always dark so you have to get used to doing things as you would in daylight. I rode out on a snow machine trail and was able to ride much of it till the base disappeared. Then I pushed the bike through some decent size powder across the tundra for a few miles. I started getting flashbacks from last years push to Ruby. The boot held up ok, I may have to make a few modifications but it'll be worth it to have a boot weigh ounces instead of pounds. 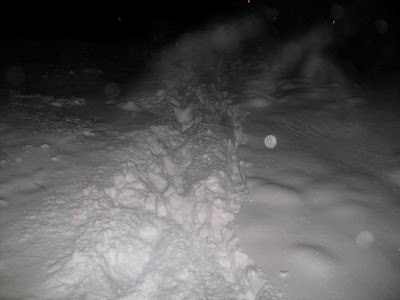 sasha said…
hey i noticed that the link i had on my page to sarah "sarahchanson.com" wasn't working. is that still in existence? i changed the link to go to her store page instead for now, but wanted to suggest that she put a link on the store page to buy her music :)
08 December, 2008

Phil said…
That webpage doesn't work anymore. Sarah goes through her store webpage. The link I have on the blog is to CD-Baby which sells her cd's. You can also download in iTunes by song or by album but they sure take a good percentage.
08 December, 2008 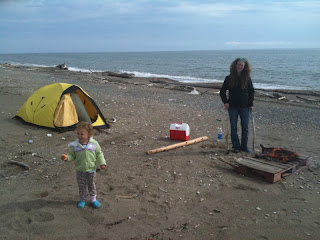 Summer is slipping by way too fast. We took advantage of good weather and enjoyed a day on the beach.  While the NY beaches were great, hot with warm surf, it was pleasant to be back to our remote corner of the world.  I couldn't help but notice that we had miles of beach to ourselves.  Instead of keeping a nervous eye on Hahnah amongst swarming NY'ers I kept a wary eye up and down the beach for bears.

Barring some odd unknown, I'm officially planning on competing in the Alaska State Triathlon.  It should be fun and at least a goal of sorts without a large time commitment.  It's an olympic distance which means a 1.5 km  swim, 40 km bike and 10 km run.  I kind of like these tri races, not a great deal of prep needed other than borrowing a bike and the race is over in a couple of hours.  The different events keep my body from over doing one particular repetitive motion and the higher intensity level is challenging. I have no idea how I will do but last years results sho… 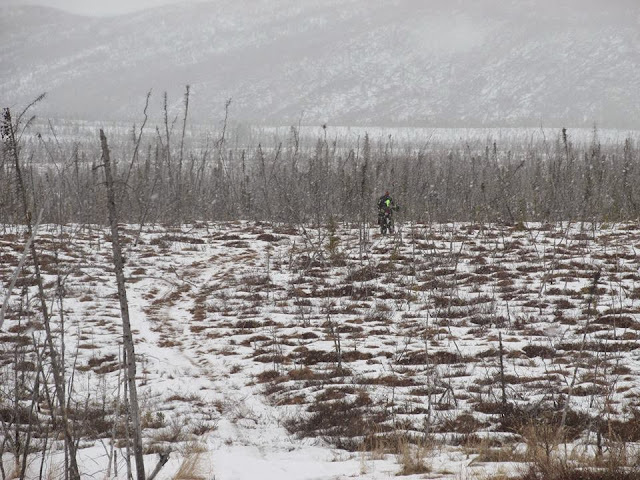 In McGrath I immediately began getting ready for the run to Ruby by drying out gear, prepping food and chipping ice off my bike.Yes, the temps were so warm that the ice buildup from Nikolai was impressive and…. odd.I think I chipped off pounds of ice from my rims, drive train and under my OMM rack.I have never seen ice buildup that prevented me from clipping in to my pedals.


Inside I ate generously and enjoyed the wonderful atmosphere.I heard JP already moved on to Takotna, an excellent strategy for the Nome race.It’s impressive to get in and out of McGrath.My drop had arrived, thank goodness, as opposed to last year; however, Jeff’s didn’t and he had to scrounge up a drop- like I … 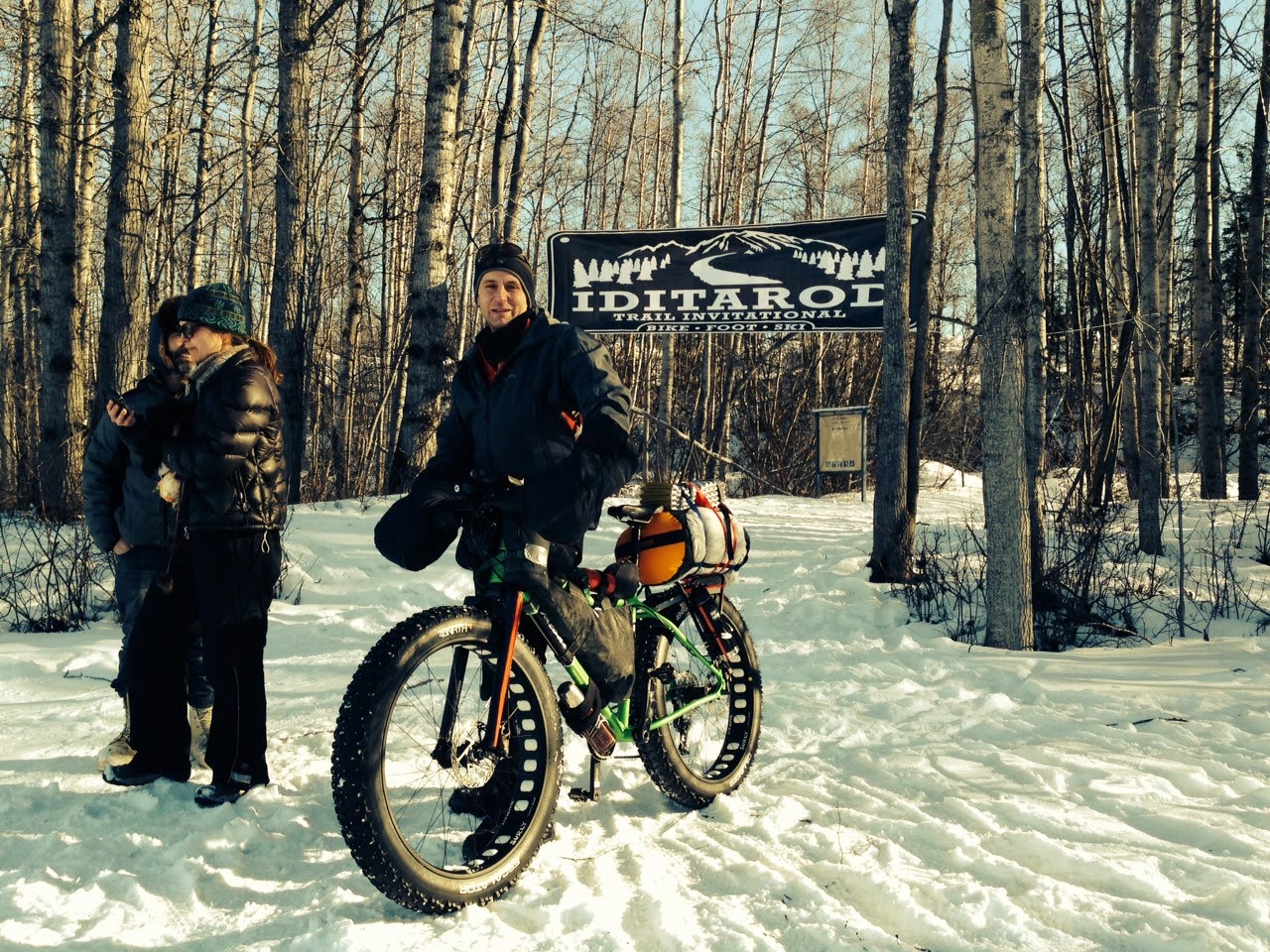 Consistent with my tradition of ITI, I flew in to Anchorage and stayed with Mike and Dave.  I left Nome in a flurry of work mindedness that was hard to let go, even in Anchorage.  Sarah and the kids flew to Ariozona while I tried hard to get in a race mode. I mean I was riding to Nome! I was concerned that my preoccupation with work made me lose focus. I was not as nervous as I should be for a Nome ride.

Living in Nome I don't have access to local outdoor or bike
stores and I waited till pre race to purchase way too many new gear (without trialing) at REI and of course pre race bike tuning at speedway.  Normally, this is a huge bonus but I was determined to switch to a 1xsetup which speedway accomodated in true pro fashion.  While I like the simplicity of the setup I knew nothing on gearing and didn't train with a 1x .... thus made a poor decision with a 32 front ring on a 1x10.   This essentially removed any kind of granny gear and my knees suffered the first couple of days…